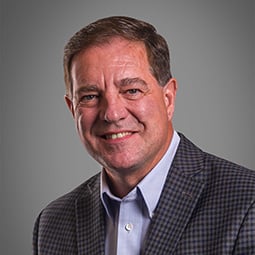 Mr. Arthur has more than 35 years of experience in executive leadership roles, including work at Rogers Corp, A.T. Cross, TPI Composites, Helix Technology Corp, and Eikos Inc. He holds a BS in Chemical Engineering from Tufts University, MS in Chemical Engineering from the University of Connecticut and an MBA from Northeastern University. He was recognized by NanoBusiness Alliance as one of the top ten most influential people in the field of Nanotechnology and is an inventor with more than 30 patents. In 2005, David co-founded Chasm Technologies, a consulting firm that helps its clients commercialize new products through application of materials science and process technology. From 2006 to 2015, he was CEO of SouthWest NanoTechnologies (SWeNT), a leading producer of carbon nanotube materials for electronics and composites applications. 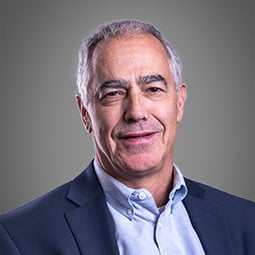 Mr. Praino has more than 40 years of experience commercializing products and developing advanced manufacturing processes, including work at Stone & Webster, Polaroid, Presstek, Vitex Systems, and Precision Lithograining. He has a BS and MS in Chemical Engineering from WPI and an MBA from Boston University. In 2005, Bob co-founded Chasm Technologies, a consulting firm that helps its clients commercialize new products through application of materials science and process technology. He is a world expert in the field of roll-to-roll manufacturing, including atmospheric and vacuum thin film coating, web handling, product system design, fluid interfacial science, and drying processes.

Mark in his early career ran a manufacturing facility that made specialty hydraulic pumps for the aerospace and heavy equipment markets. He managed production from order to customer acceptance with responsibility for quality, labor and cost metrics. Over the past 20 years, he has been an investor, managing portfolio companies as well as fund operations. He excels at developing successful business models, identifying talented management, and sourcing and coaching good managers. He is a member of WAVE’s Investment Committee.

Prior to founding WAVE, Mark was a Managing Director at VIMAC Ventures where he invested in IT startups. Before that, he was a senior member of a new management team that successfully turned around Dynapower/Stratopower (a division of General Signal). Earlier in his career, Mark held positions with Bank of Boston, Legget McCall Advisors, and Fidelity Investments where he gained significant expertise in technology application to financial and accounting analytics and decision making. Mark holds a Bachelor of Science in Business Administration from the Whittemore School of Business & Economics at the University of New Hampshire and Master of Business Administration from the F.W. Olin School of Business at Babson College.

Raymond N. Chang is a successful entrepreneur and an active angel investor. In 1997, Raymond founded GigaMedia, the first broadband company in Asia. In 1999, GigaMedia received $35mm strategic investment from Microsoft, and in 2000, the Company went public on NASDAQ and raised US$280mm, one of the largest IPOs for Internet company prior to 2000. In 2007, Raymond founded Luckypai, a leading TV shopping company in China and raised venture financing from Lightspeed Venture Partners, DT Capital, Intel, Lehman Brothers, and Goldman Sachs. In 2010, was sold to Lotte Home Shopping for US $160mm. From 2012-2013, Raymond served as the CEO of New Focus Auto, the largest automobile aftersales service company dual-listed on Hong Kong & Taiwan exchanges, (US$750mm in market cap). In 2013, Raymond completed a US$160mm investment from CDH Capital, a leading Chinese private equity fund. In 2000, Raymond was selected by FORTUNE as one of the twenty-five Next Generation Global Leaders Under 40, (5/2001), and by BUSINESS WEEK Asia as one of Asia’s 20 most influential new economy leaders in the 21st century, (7/2000). He was also featured as a panel speaker at World Economic Forum in Zurich, Switzerland in 2005.

Currently, Raymond is an Adjunct Professor at the Yale School of Management and at Babson College. Raymond was the Former Treasurer/Elected Board Member of Shanghai American School and a member of Young President’s Organization – Shanghai Chapter. Raymond received his BA from New York University, MBA from Yale School of Management, and MPA from Harvard JFK School of Government. Raymond is also a member of Launchpad and Boston Hub Angel.

Let's Create Something Together

Your ideas. Our materials. Together, we can turn your innovative concepts into reality. Are you ready to introduce your ideas to the world? Let CHASM help. Reach out to our team to see what we can create together.

CHASM Advanced Materials is a leading developer and manufacturer of printed electronics materials and battery materials based on proprietary carbon nanotube and ink/coating technologies.