While RF signals are the source of exposure, they are also the fundamental carrier of all data and conversations to and from a smartphone. Without RF signals, the phone becomes useless as a communication device and there is currently no other commercially viable wireless signal as a replacement. RF signals therefore must remain, so the challenge for product designers and engineers is to find a method of shielding users from exposure (limiting SAR) without degrading the performance of the device.

With SAR compliance becoming increasingly important to government organizations and consumers becoming progressively warier of exposure, cell phone manufacturers are actively seeking solutions for mitigation. The SAR level for any phone is directly proportional to the radio frequency output of that
particular model. Lowering the radio frequency output will also lower SAR exposure levels. While this may yield compliance with published target limits, this can also compromise the signal strength and call quality of the phone – two measures of which most cell phone user are keenly aware.

RF signals are one form of electromagnetic waves, the control of which has been traditionally done with some form of shielding. Typically referred to as “EMI shielding” – for electromagnetic interference – the goal of the shielding was to eliminate the distortion, static, or other interference that electromagnetic
wave can have on machines or electronic devices. An EMI shield acts as a “cage” surrounding a device, preventing the waves from penetrating. This is certainly preferable to prevent disruption of critical medical, military, or aerospace electronics, but its antithetical to the desired effect on a cellular phone.

From an engineering perspective, the preferred solution would provide RF shielding toward the user – protecting them from RF exposure – while not creating any shielding effect away from the user – insuring maximum signal strength and call quality. Cellular phone users are very aware and sensitive to call quality
issues from the years of “dropped calls” as the platform matured. They would not likely be amenable to any solution degrading performance. In effect, the ultimate solution would present a plane at the user’s ear to selectively shield at prescribed frequencies.

Using a combination of advanced materials, engineers have successfully developed an innovative solution delivering this exact capability. The technology combines a Frequency Selective Surface (FSS) tuned by design to only effect predetermined frequencies of waves and a transparent, flexible printed electronic (FPE) film made from an advanced combination of carbon nanotubes (CNT) and silver nanowires (AgNW).

Commonly referred to as a CNT hybrid, the novel combination of strong, conductive, and environmentally stable CNT inks with a transparent and conductive AgNW layer creates a new category of transparent FPE that is both superior in performance and more cost-effective to manufacture.

In application, FSS solutions have been traditionally used as a means of preventing unwanted signal disruption. They’ve been designed and applied for indoor or outdoor environments where walls, panels, ceilings, floors or a variety of other surfaces require transformation into RF active surfaces and act as a shield or as an enhancement of antenna performance.

To be effective at RF shielding in a cellular phone application, the FSS design must be effective over the full cellular frequency range of 600MHz to 6GHz. This is accomplished by utilizing a unique printed periodic pattern resembling a snowflake pattern on a CNT hybrid flexible film substrate. The unique material properties of CNT in combination with the AgNW thin film substrate delivers superior RF reflection performance due to strong interaction between RF signals and CNTs.

Lab testing performed in an anechoic chamber confirm that up to 95% of the radiation impinging upon the RF shielding film is redirected away from areas of interest such as a user’s brain when typically holding a cell phone to their ear. Because the signal is redirected – in part back towards the broadcast antenna
and not absorbed – the signal strength of the phone is actually increased. This redirection away from the user’s head results in lowering the overall RF energy exposure across the user’s body and an average reduction in SAR of 25% over the 698-960 MHz & 1710-2700 MHz Global Carrier Bands. Adding the RF shielding film in this test was also found to lower Specific Absorption Rate (SAR) values for this cell
phone model by 25% - a measure of the rate of RF energy absorption by the body.

Looking for a material that can redirect RF without interfering with cell phone design? Check out our RF shielding materials.

Download the Whitepaper: How Manufacturers Can Reduce RF Exposure in Mobile Devices 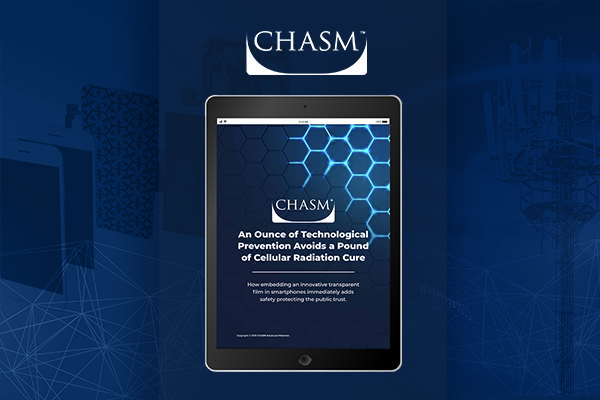 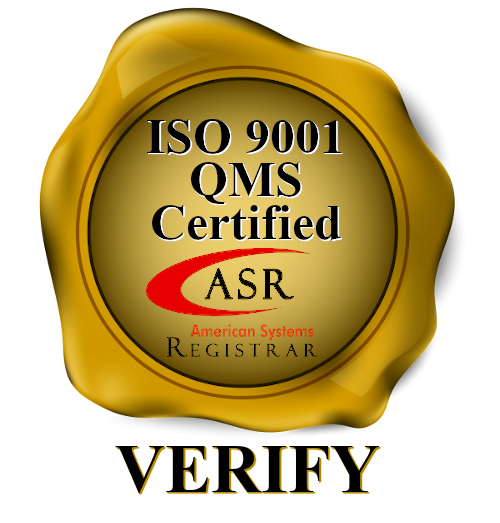